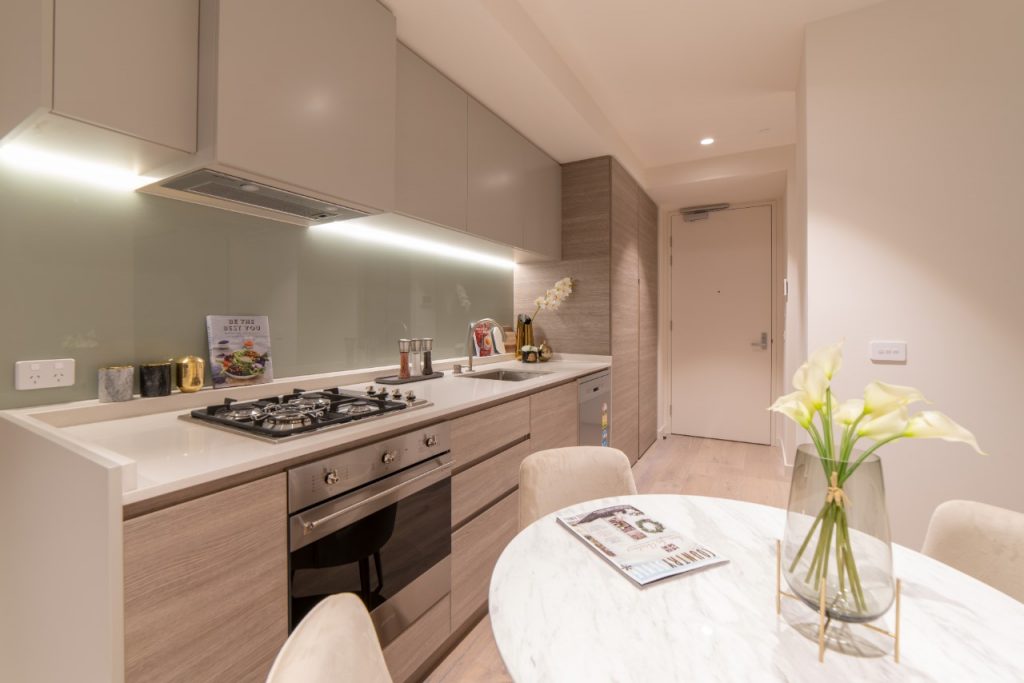 The lower dollar means some apartments are now up to 10 per cent cheaper for overseas buyers than they were just three months ago.

Ex-pat Australians living in places such as the United Arab Emirates, the United Kingdom, Asia and the United States are among customers contributing to a sudden surge of interest in R&F’s brand new apartments in Melbourne and Brisbane.

Anyone earning an income tied to stronger currencies can save tens of thousands of dollars if they take advantage of the present situation.

The ex-pats comprise both investors and those looking for an Australian base they can move into in a few years’ time.

R&F is also continuing to receive much higher inquiry rates from purchasers in locations such as Hong Kong, Singapore, Vietnam and Indonesia which are looking to invest or make a move to Australia.

The increased overseas interest in Australian property could play an important role in helping the local market to remain as buoyant as possible during these extraordinary economic circumstances.

As a developer with global exposure, R&F is well placed with digital platforms to allow buyers throughout the world to inspect our properties via virtual tours and other online means, all from the comfort and safety of their own homes.

A limited selection of one-bedroom apartments is still available in the 15-level first residential stage of Live City, which features an exclusive resident bar and lounge, and a rooftop garden with 360-degree views across Melbourne, including Flemington Racecourse, the CBD, Docklands and Port Phillip Bay.

Click here to learn more about the remaining opportunities to live at or invest in Live City.