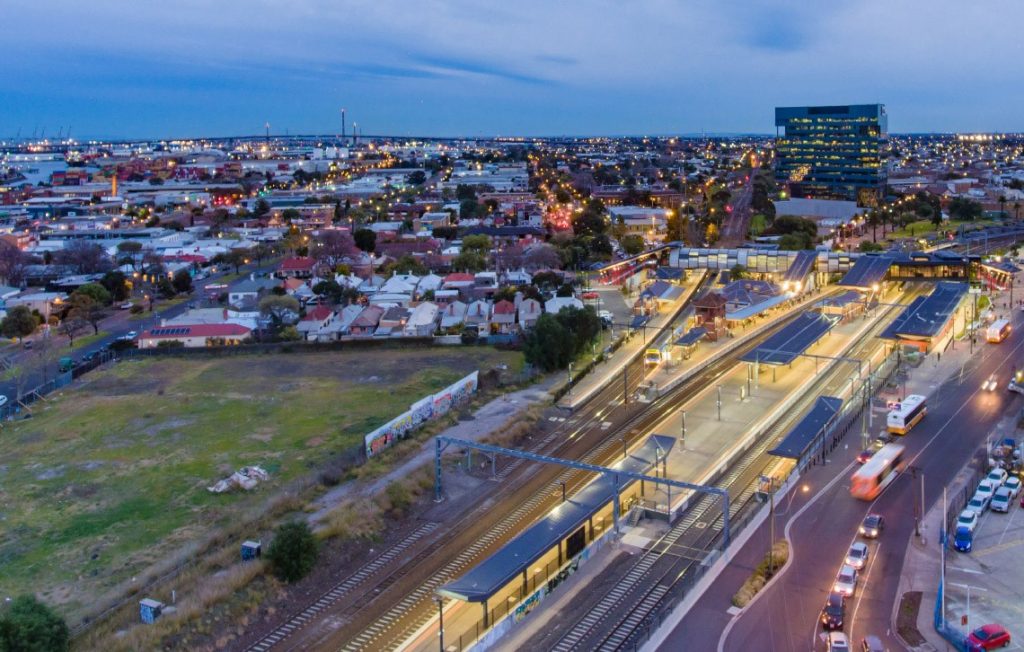 Getting around town is set to become even easier for residents of Live City at Ropeworks, with news that train services will be running to the Melbourne CBD every two minutes during peak times from Footscray Station.

The station will become a key gateway between Melbourne’s west and the city heart – making it a breeze to get to the CBD, airport and regional destinations including Ballarat, Bendigo and Geelong.

Live City at Ropeworks – located less than 2 kilometres from Footscray Station – is perfectly positioned to take full advantage of all the benefits offered by the Metro Tunnel, Melbourne’s largest rail project since the 1970s, as well as the 27-kilometre Melbourne Airport Rail link.

The tunnel is on track to get hundreds of thousands of Victorians where they need to go faster by 2025.

More than 60 per cent of tunnelling is complete on the Metro Tunnel, with the project a year ahead of schedule and the first tunnel boring machine, Joan, breaking through at the first CBD station.

Work on Melbourne Airport Rail meanwhile is expected to start in 2022 – subject to relevant Victorian and Federal approvals. Footscray passengers will also enjoy a turn-up-and-go service to the airport with a direct 18-minute trip every 10 minutes.

According to Transport Infrastructure Minister Jacinta Allan: “Footscray is already a major gateway from the city to our growing western suburbs – and with direct access to the airport and through the Metro Tunnel, the community will be better connected than ever before.”

Better train services only the beginning

Better train services are only the beginning for people living in Footscray, with the West Gate Tunnel Project forecast to open in 2023.

While the project will reduce the number of trucks on inner west roads, it will also offer many spin-offs for cyclists and pedestrians.

This includes the creation of more than 14 kilometres of new and upgraded walking and cycling paths, such as a 2.5-kilometre, 4-metre wide veloway from Footscray to Docklands.